In today’s blog I would like to discuss with you, my thoughts on the monster himself and the world around him.

I have just finished reading chapter sixteen of the gothic novel Frankenstein by Mary Shelley, and I have a question that needs to be answered…

“Would the monster in Frankenstein be accepted in today’s society?

In the 1800’s, everyone was judged based on their appearance, status, character, lifestyle and clothing; these things determined where you fit in society. Being different, abnormal or even poor was frowned upon and this “perfect image” that was expected from many, created a very difficult life for some. The monster in the novel would be considered different to the people in this era as he was 8ft tall and born with a fearful face. He was abused mentally and physically. The era created a stigma which influenced people to believe that different was not acceptable. He was not accepted in this time period.

In 2019 this activity would be unacceptable. Our society has changed greatly for the better. We are taught to love and respect ourselves and the individuals around us. Being different is embraced, what we believe in is celebrated and how we look is enhanced. There is a chance for each and every person to fit in. In our schools, we are educated through inclusiveness and are shown to accept everyone. Through various leaders and peers, the people living in 2019 understand that it is good to be different and unique, because being the same would be boring.

Frankenstein reminds me of the novel Wonder by R.J Palacio. Wonder is a story of a young boy who was born with a facial deformity. Throughout his years in school he has difficulty fitting in, making friends and is bullied because of his appearance. I read this novel in my later years of elementary school, and now that I am in my second last year of high school, I can clearly understand the importance of this story and how effective it can be on society. Wonder and Frankenstein both show readers that being different is unique, and different should not stand in the way of being who you truly are. In Frankenstein the monster asks himself, “‘But where were my friends and relations?’”, obviously the monster felt excluded because he appeared different and therefore never had the chance to make connections with the other beings around him (Shelley 129). 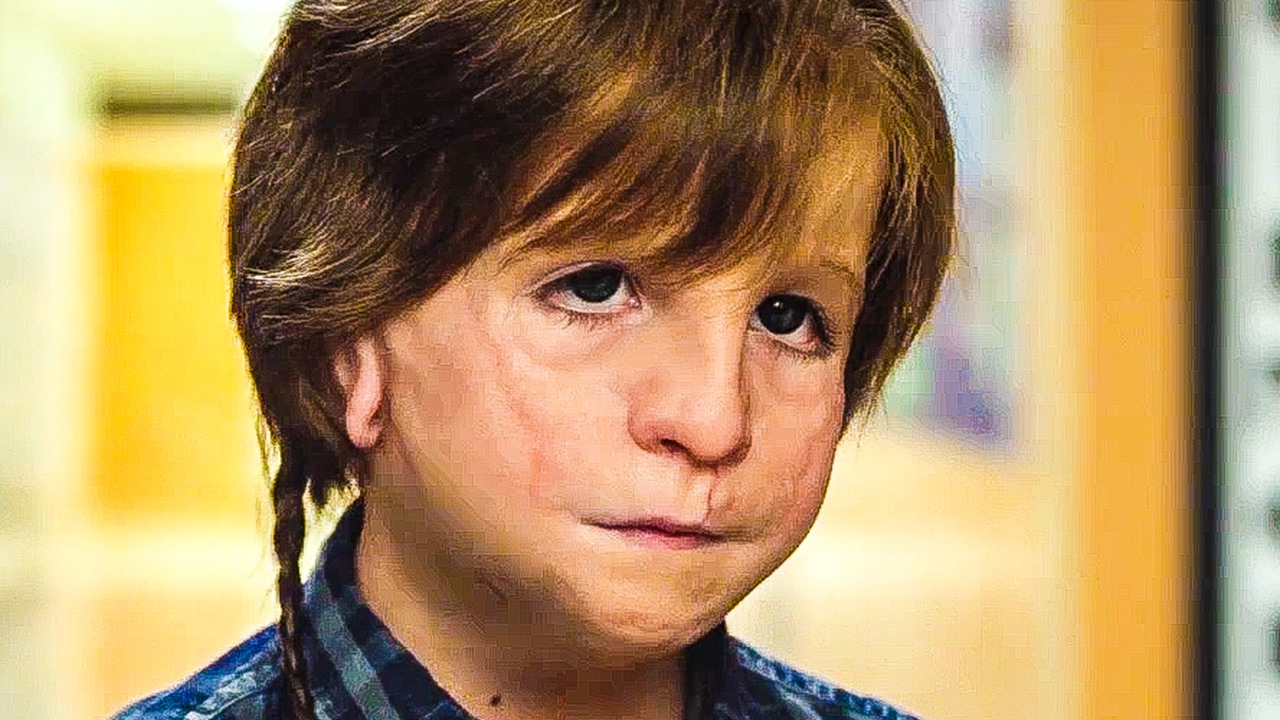 This is the young boy from the film Wonder, based off the novel written by R.J Palacio. (Photo from Wonder Trailer- YouTube 2017).

Today’s society accepts all people, all races, ethnicities, sexualities and genders. All straights, lesbians, gays, bisexuals, transgenders and queers no longer feel like they should have to hid from society because our people are accepting. Frankenstein hid from society travelling only at night and in the forest so he would never have to face the pain of judgement from the society around him. In our society his differences would be embraced, he would be known as unique and not as an abnormal being. Everyone in our society is accepted for being different, and so would the monster.

There are a variety of groups and public movements such as #BellLetsTalk and Jack.org to support the differences of today’s people, which leads me to my next point…. The monster experiences suicidal thoughts and appears mentally unstable due to the way people have treated him for being different and is unable to manage these thoughts. He acts in outrage and decides to take on revenge toward his creator. If he had lived in our society, he would be able to learn about his differences and understand that it is acceptable to be different. He could reach out to a variety of these groups so that he would not be suicidal anymore and embrace who he is. Not only would the monster feel accepted, he would fit in and change the themes of the novel greatly.

The video below presents a very important message. The young boy in the video tells us that being different is important by telling us a story of his best friend that has autism. The man with autism is greatly accepted and loved for his differences. Please watch this video and remember if a ten-year-old boy can understand the importance of being different, so can you. Everyone can be accepted in a society full of positive energy and creative diversity. No human being nor a monster should face judgement, we accept every person and every unique difference in our society, therefore the monster would most definitely be accepted.