This is the first song I would put in a playlist for Frankenstein’s monster. The song is about ‘weird science’ and reminds me of the actual creating of the monster, with mentions of “living tissue” and “things I’ve never seen before” as well as having a weird overtone to the whole song.

2. Teenage Frankenstein – Alice Cooper
“Got a synthetic face
Got some scars and a brace
My hands are rough and bloody
I walk into the night
Women faint at the sight
I ain’t no cutie-pie
I can’t walk in the day
I must walk in the night
Stay in the shadows
Stay out of the light
Are my shoulders too wide?
Is my head screwed on tight?”

Not only was this song specifically made for the monster, even having Frankenstein in the title, its does a great job of depicting two main problems for the monster. It talks of the monster’s deformities, and how people think he looks hideous, and also the consequences of having such looks and how the monster has to hide away from people. This is a large part in the novel, and is one of the main reasons the monster feels such spite towards Victor.

3. Grimly Fiendish – The Damned
“Let me get the story straight
You never gave me a break
It’s a case of give and take
You didn’t make me good you just painted me green
You made me part of your forgotten dream”

This song is actually about a bad child but is incredibly relatable to the monster. Both neglected by a parent (or creator), and terribly misunderstood and looked down at. The song also shows the child’s unhappiness with their parent, similar to the monster’s feelings towards victor, for example when the monster says “Hateful day when I received life! … Accursed creator! Why did you form a monster so hideous that even you turned from me in disgust? God, in pity, made man beautiful and alluring, after his own image; but my form is a filthy type of yours, more horrid even from the very resemblance. Satan had his companions, fellow-devils, to admire and encourage him; but I am solitary and abhorred.” Frankenstein (15.8)

4. In The Room Where You Sleep – Dead Mands Bones
“There’s something in the shadows
In the corner of your room
A dark heart is beating and waiting for you”

Not only is the name of this band terribly ironic, but the lyrics of this song in particular remind me of the monsters promise to Victor to “see him on his wedding night,” as the song gives a very creepy feeling of someone planning something evil, much like the monster was. 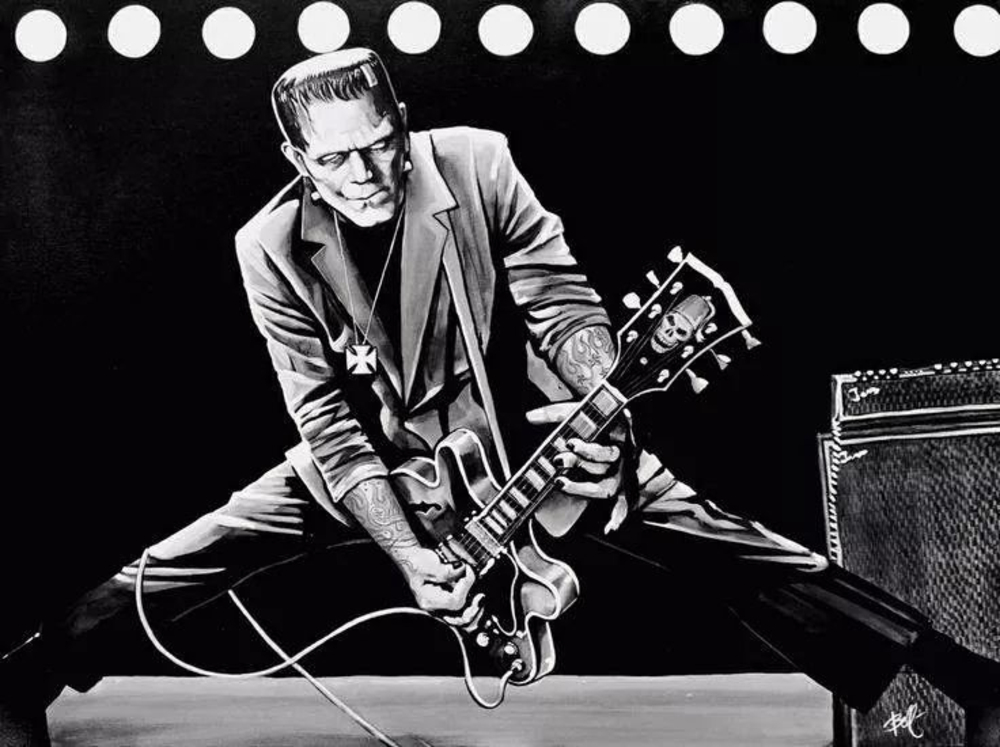 5. Ghost of Frankenstein – The Misfits
“Born from the dead
As the lightning fed me
And now I’ve come to see that
When they speak my name
It’s only in fear”

To end the playlist is an angry tune that brings to life the true maliciousness of the monster, and the power he feels behind his need for revenge against his creator. This song shows his promise to have the last word over everyone whose outcasted him and done him wrong.

Woodworth, Stephen. “Your FRANKENSTEIN Playlist!” Welcome to the World of the Violets!, 17 Dec. 2016, stephenwoodworth.wordpress.com/2016/09/19/your-frankenstein-playlist/.