Hi bloggers, and welcome to my page! Today I’m going to be talking about Victor Frankenstein and what his issue is with death. Throughout the book, starting even in the first four letters to Robert Walton’s sister, there has been several themes of different characters trying to reverse the act of death. For example, in the fourth letter to Mrs. Saville, Robert Walton writes about how he and his crew are surrounded by ice and fog, and they come across what we learn to be Victor Frankenstein, emaciated and ill in a stranded boat. Walton and his crew quickly bring him to safety and nurse him back to health, which is a solid example of “reversing death”. Instead of leaving Frankenstein for dead, they show compassion and warmth towards him while essentially bringing him back to life. Another example is how Frankenstein begins to conjure the idea of creating his monster in the later chapters.

Remember when you were a little kid, and you spent most of your free time imagining and drawing all sorts of different creatures like unicorns, monsters with six eyes, or even a man with bird wings? Frankenstein is that child, except his puts a dark spun on things- he creates a monster from the dead. Which begs the question, what inspired him to create such a sinister creature? What is his fascination with the dead? My theory is that when Frankenstein was a teenage and he suffered the tragic death of his mother from scarlet fever, he simply never recovered. Elizabeth did, his father did, but Victor mourned her death for the rest of his life. This led to his infatuation with the concept of death, and how he couldn’t accept his mothers passing. So, he conspired an idea to build something to honour his mother, to prove to his family and the world that death is not indefinite, and that he can stop it. He built the monster, who was never given a name, or love, or compassion, or any true acceptance into Victors life. I believe that the monster was built out of anger at the loss of his mother, and Victor never had any intention of loving or keeping the monster.

So, despite the loving and cherished family that he was raised in, Victor turns to his laboratory and creates the embodiment of death and horror. This is what I believe to be the inspiration for Victors creation, and where his issues with death originated from in the very beginning- his mother.

Don’t be afraid to check out my next blog, and comment what you thought about my theory! Thanks for reading! 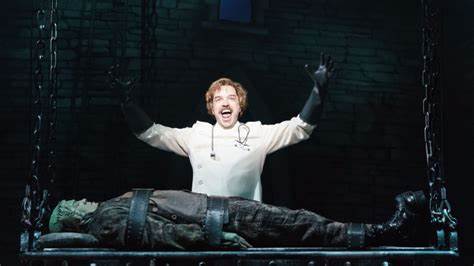