Ever since his creation, Frankenstein’s monster has struggled to come to grips with the fact that he is not fully human. But, why isn’t he? He has a functioning brain, a beating heart, and opposable thumbs, so why isn’t he treated as a human being like Walton, Elizabeth or any other character in the book?

I believe it’s because of the fact that the monster was created in a lab, not born from his mother in a hospital. Since he was put together piece by piece by a doctor in a laboratory and not conceived in a womb like humans are, Frankenstein and the other characters view him as a “thing”. They believe that he is less than them because he was not made like they were- he was built like a machine. In fact, when you think about it, the monster is similar to our modern version of artificial intelligence (ie- robot intelligence and self-cleaning vacuums).

For example, the monster can think on his own, perform assigned tasks, and he can feel things physically and emotionally. Our robots can do most of these things too, which begs the question again, why aren’t they considered human? What makes humans different? Now, obviously I don’t know the answer to this question, but I’m going to try my best to answer it anyway. I think humans are different because we know that we’re going to die. We don’t know when or how, but we know it’s going to happen eventually and that fact alone puts us ahead of any other species. No other animal on Earth shares this trait with us. Not deer, not apes, not whales. Death happens to everyone and everything and we know it does, but we have been trying to ignore it for centuries. Our ancient dreams and myths of time travel, fortune-telling and anti-aging have all been our coping mechanisms for what we know to be our indefinite end. Nobody likes to think about it, so we have been trying to pretend it’s not going to happen or that we are immune to it. We are one of- if not the only- species on the planet who are consciously aware of this fact. I would say that’s a pretty unique characteristic to humans, wouldn’t you?

Now, how does this statement relate the story of Victor Frankenstein and his monster at all? Frankenstein connects to this in a way that he is one of the many thousands (even if he is fictitious) of people who have tried to reverse death or avoid it altogether. In this sense, he does so by making his monster. He proves that humans are the superior species, and that we might one day be capable of things like creating a zombie-man from spare limbs and scraps.

So, what makes humans different? I think we have a pretty good idea now, no? We can create and take away life like no other species on this planet can. The story of Victor Frankenstein and his monster is a symbol of the possibilities of human creativity and genius, and the true power a single person holds.

I hope you’ve enjoyed this blog, and don’t be afraid to leave a comment on what you thought! Keep your eyes open for my third post, and I’ll see you soon! 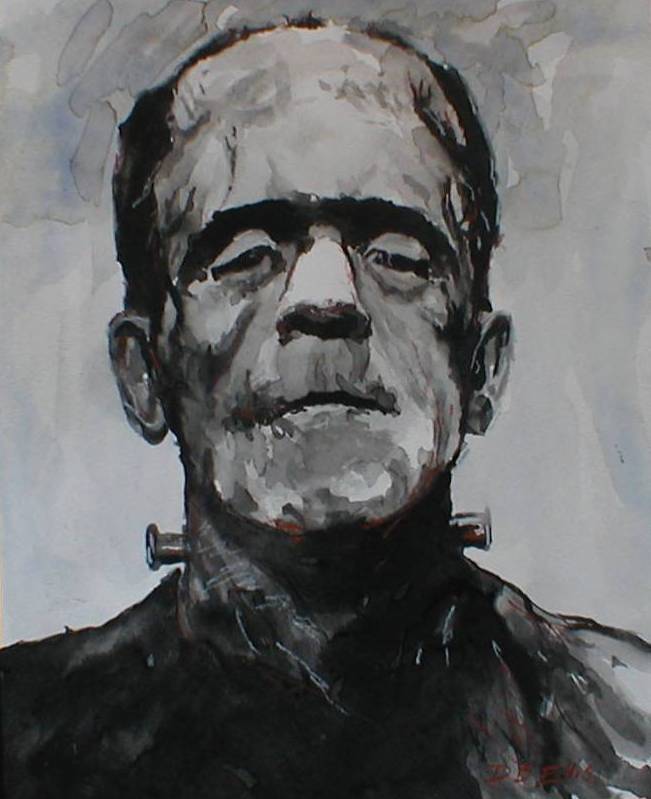